The History of Dunmoylen House

Lot 161 & 162 were initially and separately granted as an enrollment in 1870 for 6 Pounds with an ongoing peppercorn rent. Both lots were then purchased by Mrs Mary Georgina Whitfield which formed 1 acre of land and built in 1889 “Dunmoylen House”.

The house was then leased to Mr R.T. Robinson –  Robert who migrated to Albany from Ireland with his parents in 1872.  He became a Lawyer and established the law firm partnership Haynes Robinson which still operates in Albany today. Robert later entered state politics becoming Attorney General in 1916 and inherited 281 Ha of land in Perth and developed what is now Mt Lawley.

Dunmoylen was sold in 1894. From then Dunmoylen has had many owners with the longest ownership being 16 years by Giovanni Lagana a farmer of Yealering 1951 -1967.

The land was subdivided into 3 lots – 1 half acre at front with house and 2 1/4 acre lots facing Burgoyne Rd.

In 1986 the house was divided into 3 flats and became know as Harbour View. The remaining 1/2 acre was again subdivided into two 1/4 acre lots with one lot  in a battleaxe lot behind the house.

It became a Bed & Breakfast “Memories” then later under new owners the original name was restored “Dunmoylen House”. 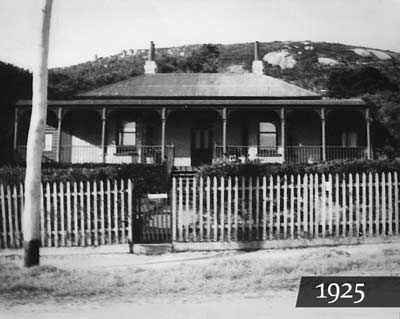 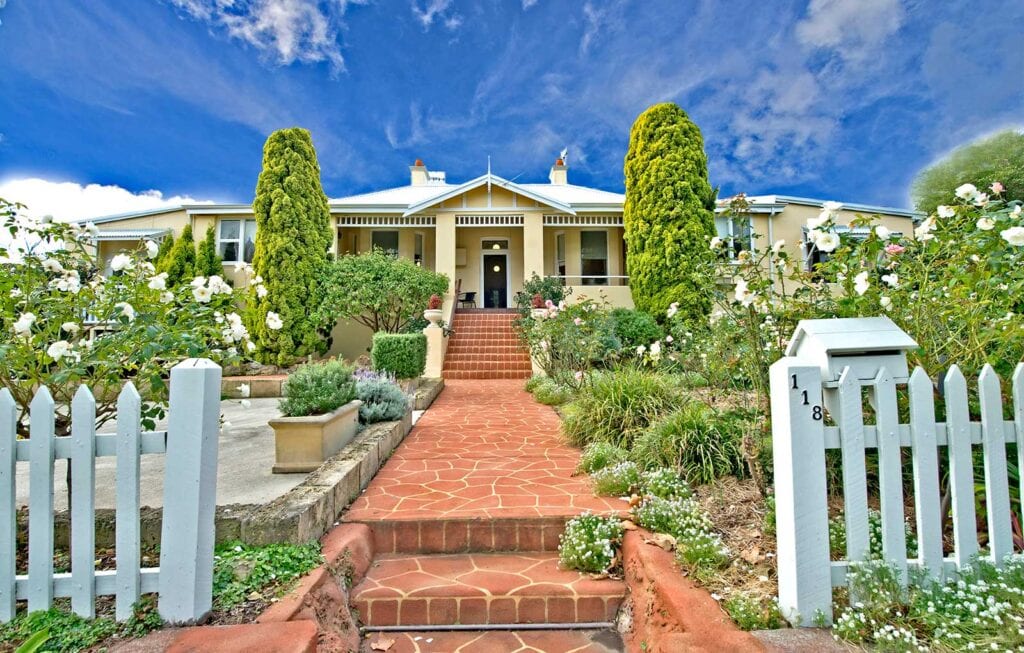